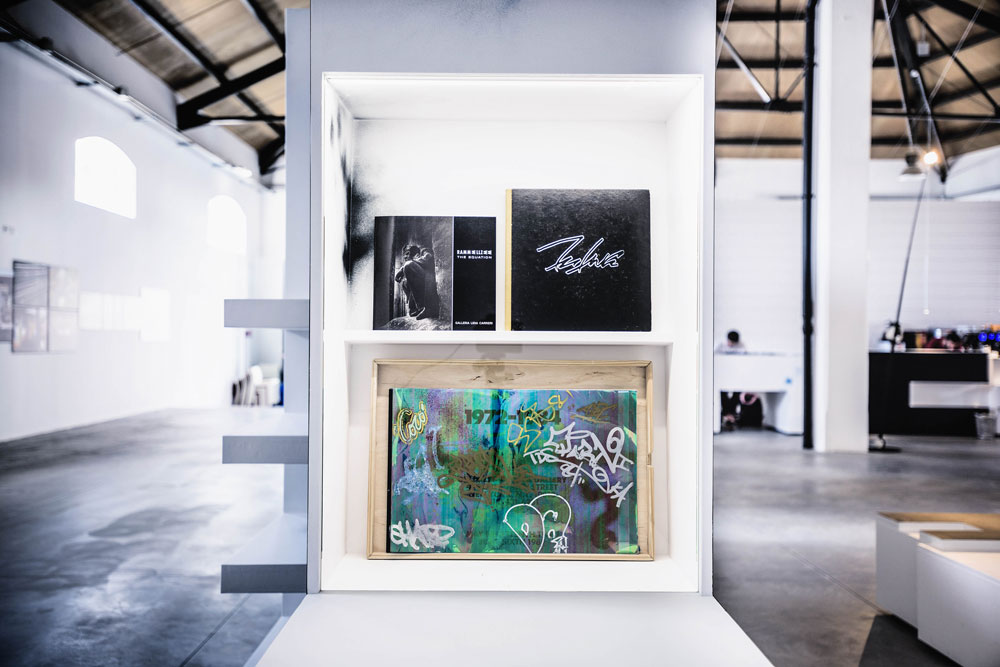 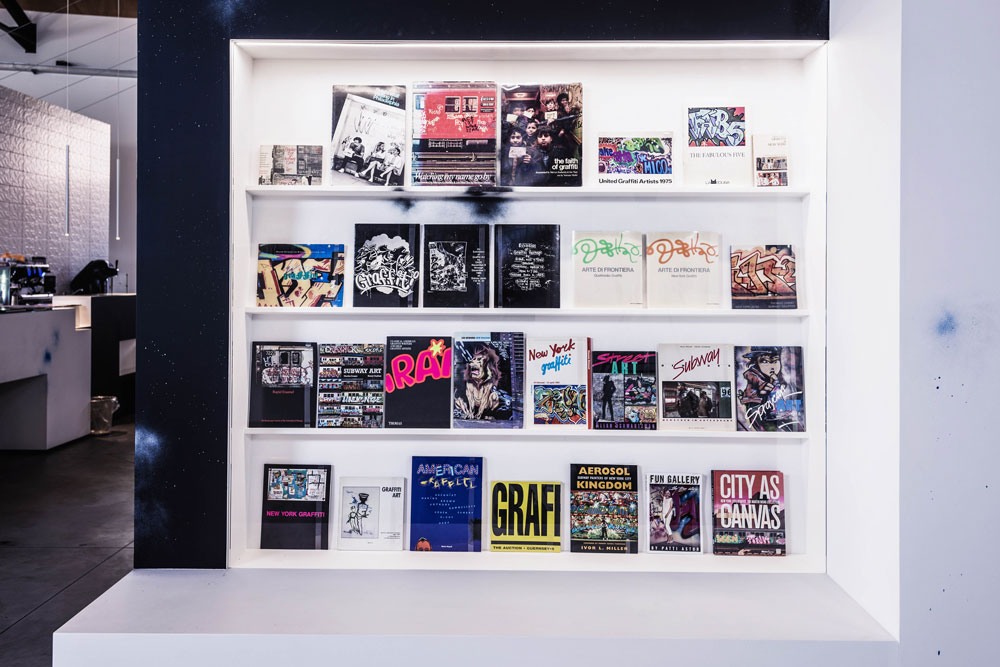 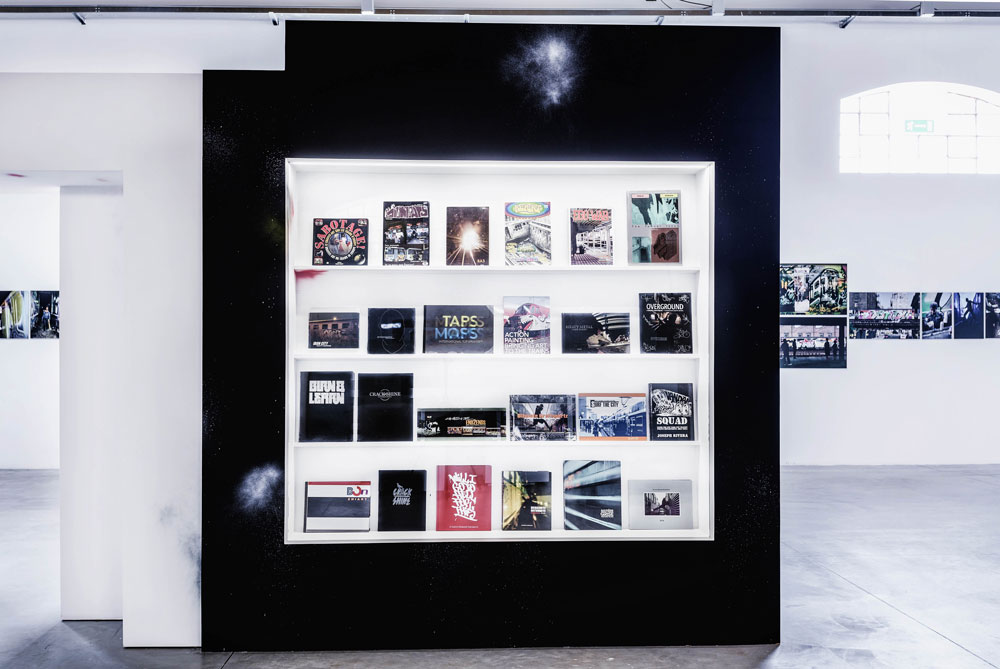 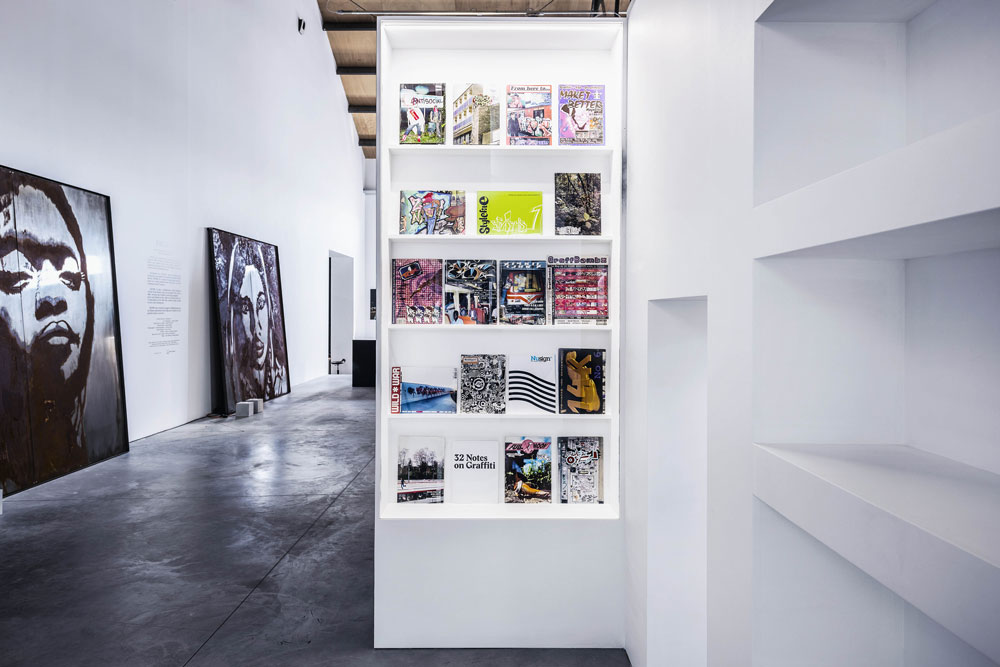 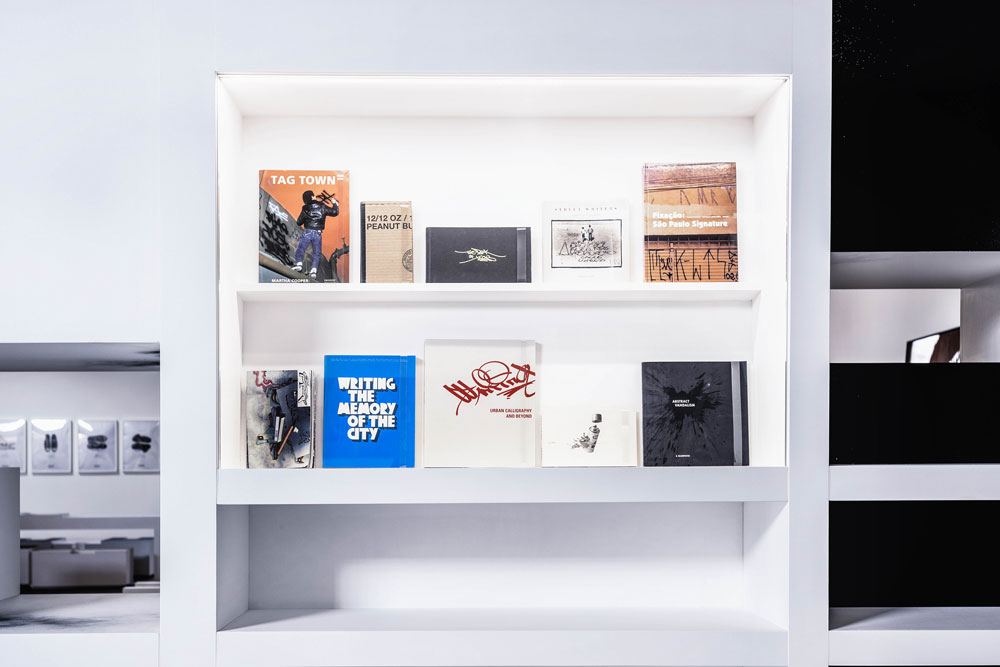 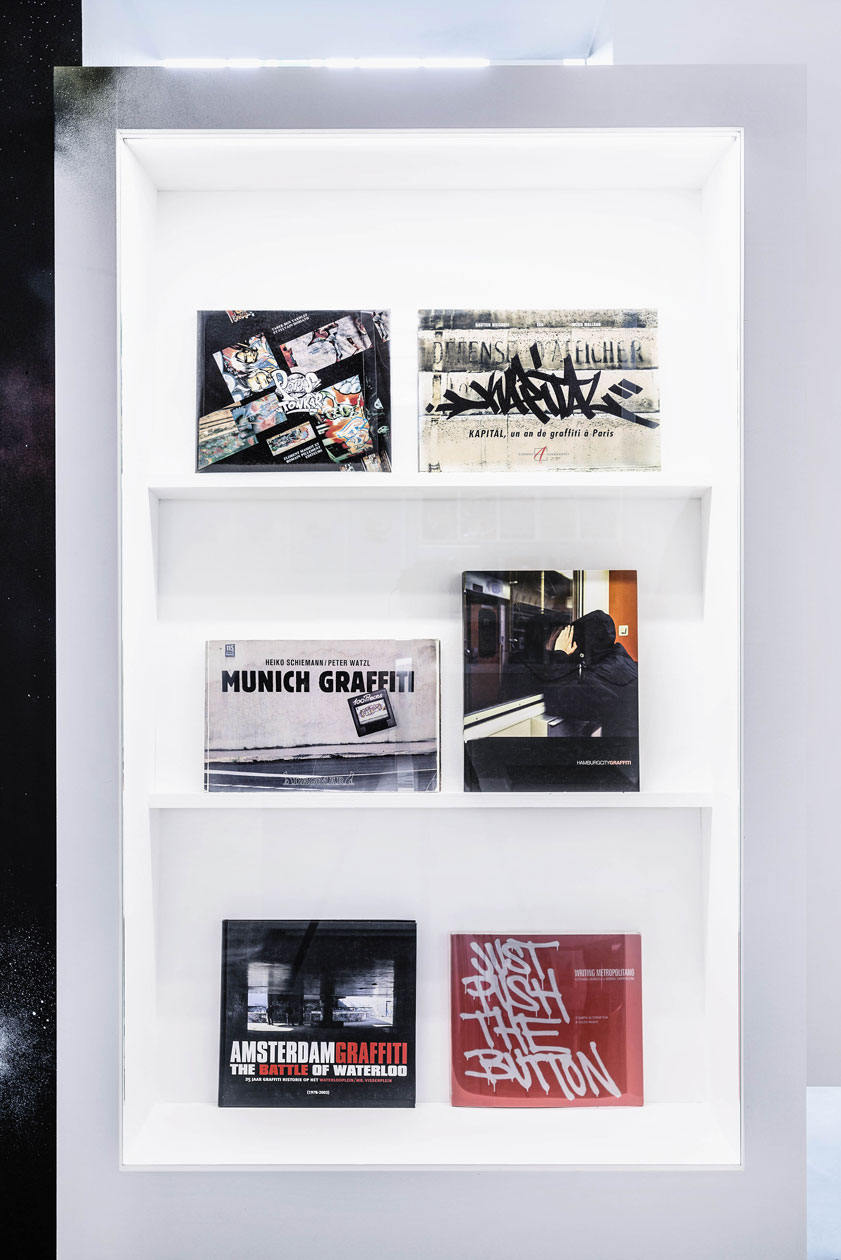 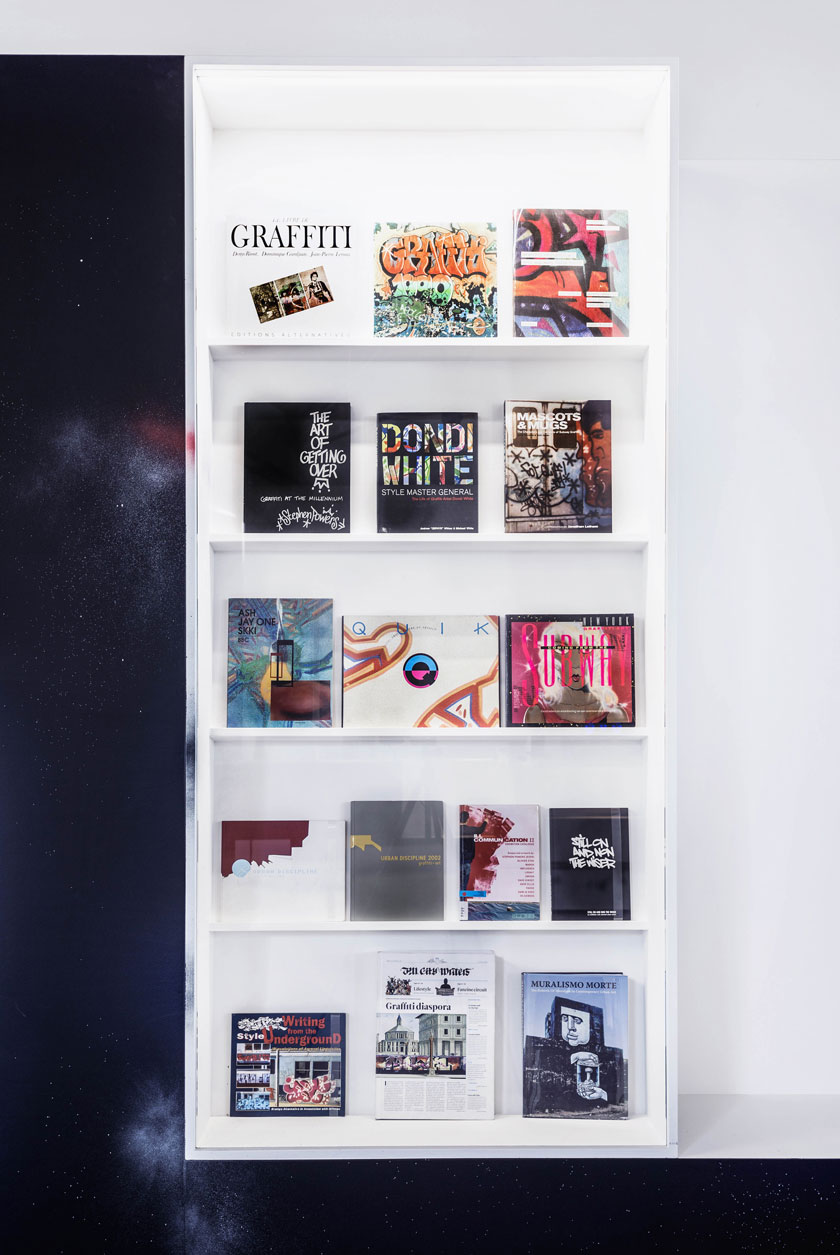 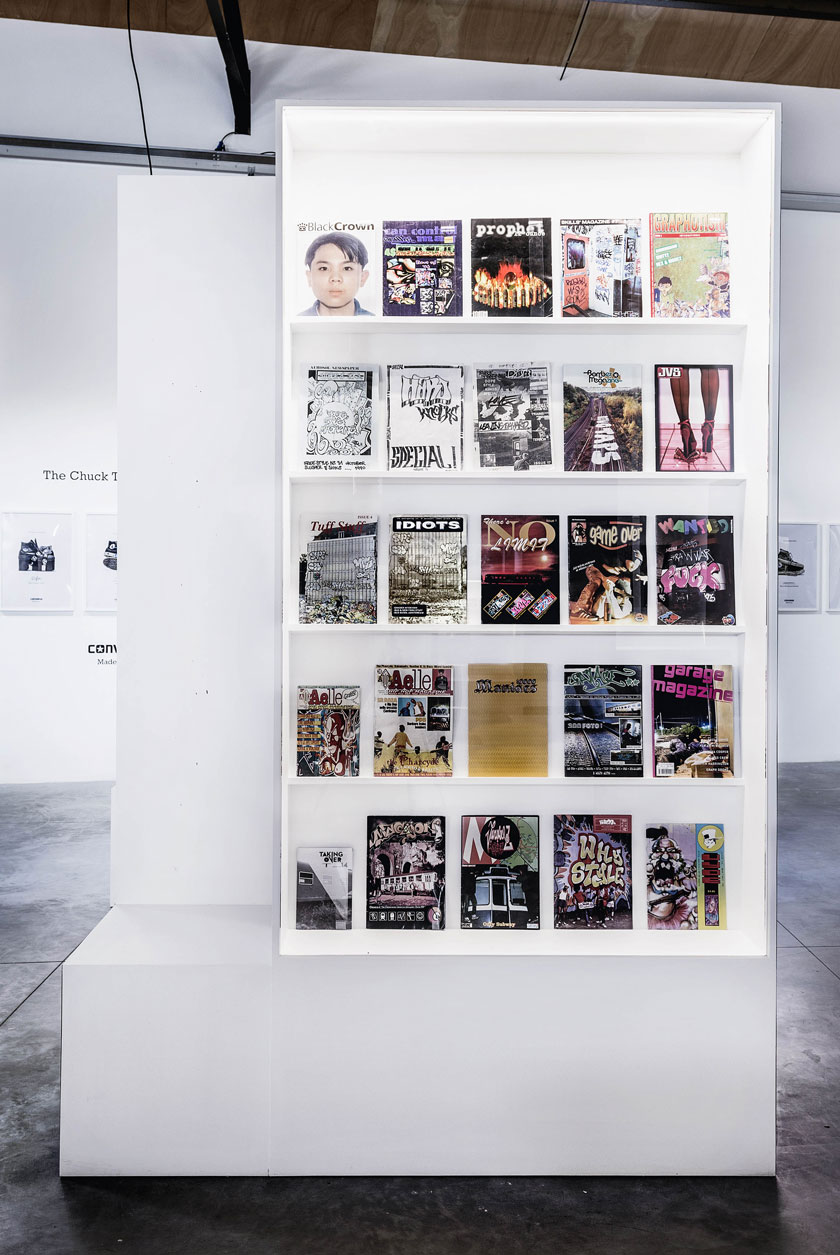 Most of the history of graffiti – also known as name writing, in keeping with the terminology adopted by the perpetrators of this phenomenon themselves when it first appeared in the streets of Philadelphia and New York around the end of the ‘60s, prior to reaching Europe in the ‘80s – has yet to be written, because until now, most of the documentation produced over the last 40 years has been overlooked by institutions.

This is why from May to November 2015, Le Grand Jeu has curated the « Bookshow » that was part of the « Bridges of Graffiti » exhibition curated by Fondazione De Mitri as part of the Venice Biennale parallel programme. Amongst Martha Cooper and Henry Chalfant photos, a selection of around 150 books and magazines devoted to graffiti writing – some of which very rare -, allowed visitors to discover a paper history of this culture which is still hard to find in public libraries.